Mr. Stockman was interviewed this morning on the John Gambling radio show (WOR, 710 on your AM dial, or listen on your i-Phone) and he sounded almost… reasonable. Perhaps I was the victim, yet again, of New York Times “selective editing”?

At least, I think I’m the victim of sneaky Times editing; it’s possible Stockman himself constructed this excerpt from his newly released book, but I suspect a Times editor cherry-picked the book for anti-GOP material.

On the other hand, that Times piece also links to a different “Great Deformation” excerpt, something Stockman calls his “Economic Heroes/Villians” list, where we find he’s put Bill Clinton on the &%#@ing “heroes” side of the ledger (Roosevelt and Obama are on the “villians” side)!

You remember Clinton, he was the US president who went so far to the left that, two years into his first term, Americans voted both houses of congress Republican for the first time in 40 years. Those Republicans held the President’s feet to the fire and the result was several years of balanced US budgets, for the first time in 30 years.

But Clinton also orchestrated the ramping up of the Community Reinvestment Act, which forced banks to abandon all lending criteria for borrowers, which eventually led to a 7 trillion-dollar melt-down of the housing market. He’s no hero. Stockman thinks he is. That makes me question everything else Stockman believes. 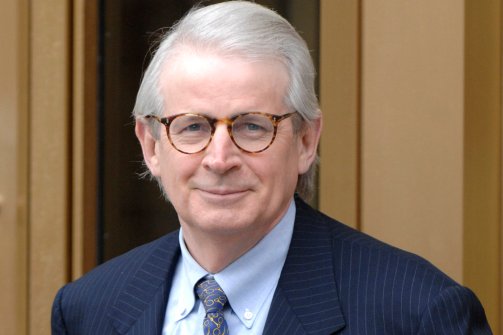 Ol’ Dave Stockman: In reality, it appears that his book slams both political parties equally