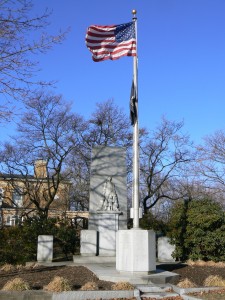 That’s my favorite line, among some great ones, in this Greenwich Time obituary for Leonard M. Smith. Another one is, “He liked just about every dog he ever met”. That reminds me of me, but I can only aspire to live the life this guy did.

He grew up in New Rochelle, New York, went to Iona, graduated from MIT, degree in engineering, joined the army in WW II, then the air force, for the Korean war, then worked for a wide range of companies, solving tough problems. Five kids, same wife for 58 years.

So how did this obviously decent guy end up disliking the New York Times so much? I can guess it wasn’t because he changed, it was the newspaper that changed. It stopped being an honorable purveyor of news, and moved completely into the realm of pro-government propagandist, seeking to “teach” its readers how to think.

I’d say the paper’s demise really began in earnest when the Sulzberger family allowed Arthur Ochs “you-can-call-me-Pinch” Sulzberger to take over the reins as publisher. That was 1992, and it’s been all down hill since then.

6 thoughts on “In Lieu Of Flowers, Cancel Your Subscription To The New York Times”