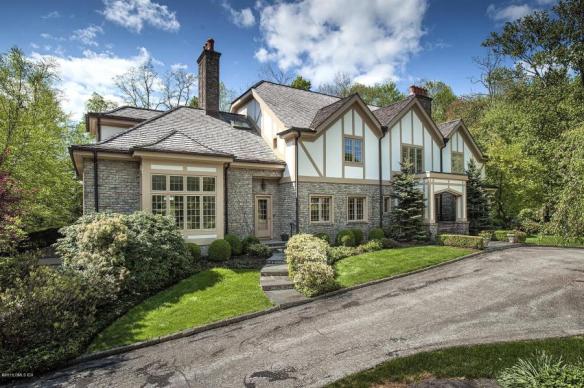 So yeah, no, one example proves nothing! But for blogging purposes, it sure does save time researching the market! But seriously, I really do believe this one example, 524 North Street, neatly sums up the whole “real estate collapse of 2008” story quite neatly.

Late August, 2008, Bear Stearns was going under, Lehman Brothers was about to disappear, the whole financial world appeared to be crashing, and the absolute last one out the door was….? Chuck Prince!

I seem to remember hearing that the listing broker had to twist his arm to take the deal, but I could be wrong about that. Prince also agreed to replace the exceedingly expensive cedar roof (a wise decision if it kept the deal together).

So now, eight long years later, the place sells again, this time for a measly $3,000,000. Does that mean the market for mid-country is really, truly still down 42%? No, because as nice as this place showed, it still looked dated and tired. Even in an unchanged market, it still wouldn’t have reclaimed that $5.2M.

Yes, the land value dropped during those eight years, but that doesn’t tell the whole story. If the house had been kept up-to-date, it might have sold for a better price, maybe even one million dollars better.

14 thoughts on “Does One Example Prove Anything?”