Scene from The Empty Man…..Saw it last night at Stamford’s Majestic Theater on Summer Street. The restaurant night-life around the theater was nearly as lively as always, despite all the &%@#-ing covid-19 restrictions, but very few people were entering the theater! That’s a shame. So put on your &%#@-ing mask and GO! It’s still the best way to watch movies.

The sneaky thing about this film is that it leaves so much to your imagination. In classic Hitchcock/Spielberg fashion, the director* makes you wait a while before you actually see what the hell is chasing the protagonist. Even when you do sort of see it, it’s not really menacing and then SUDDENLY! Whoa! Run! Get the hell outta there! But then, nothing…. was it really there? Spooky, scary, creepy.

And it never lets up. There are no moments in the movie where you are allowed to relax. Not because of non-stop, frenzied action, although there’s plenty of that, but even the quiet moments manage to keep you on edge: something is about to happen, you’re sure of it, and the accompanying sounds and music heighten that sense.

As for the acting, there are NO bad performances here, every actor in this film, no matter how small the part, is masterful. As a result, The Empty Man is riveting, thought-provoking and, most importantly, hugely entertaining. That’s everything you can ask of a movie.

*The Director, David Prior, is my nephew. If I hadn’t liked this film, I would not have written about it all, so I’m truly thrilled I CAN write about it, it’s a masterpiece. Could it be a s’midge shorter? Sure, but saying so reminds me of that scene in Amadeus where the King tells Mozart his work was brilliant but contained “too many notes”. 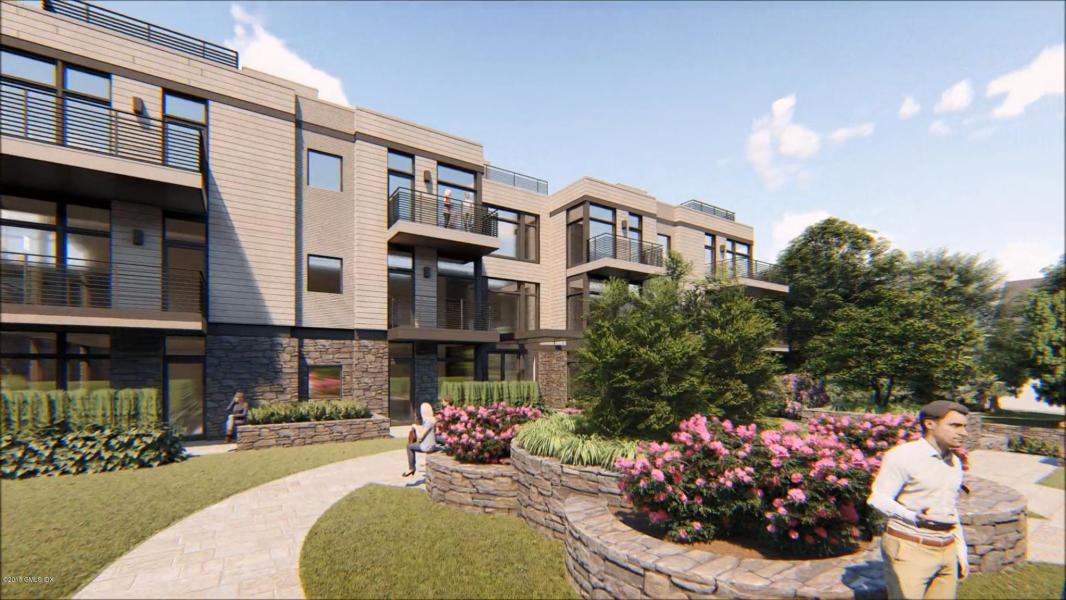 Brings new meaning to the phrase “home office”, does it not?
The Modern, 125 Field Point Road, Greenwich, priced in the $3Ms. Web-site: https://www.themodernonfieldpoint.com/
Listing agent: Tamar Lurie & Jen Danzi of Coldwell Banker.
(Caucasian guy on the right there is CGI, no royalties paid)

Some of these new dwellings appearing in Greenwich lately strike me as cold, stark, and maybe even ugly. They have all the warmth and ambiance of some Silicon Valley corporate headquarters, or perhaps a brand new airport waiting area. In short, they don’t feel “livable”.

Does the market agree with me? Hell no! 340 Stanwich Road went “pending” in about 50 days and the Richard Granoff condos known as “The Modern” have already sold 9 of the 12 units available. So I’m wrong and the architects are right…. fine.

Both of these places are undeniably cool and daring but to actually live in them full time? No, no, and no (but I will attend parties there, if invited).